This Vegan Penne alla Vodka Sauce recipe is creamy, luscious, and easy to put together. Growing up, I’d call this sauce “pink sauce” and always thought of it as a mix between alfredo and marinara. 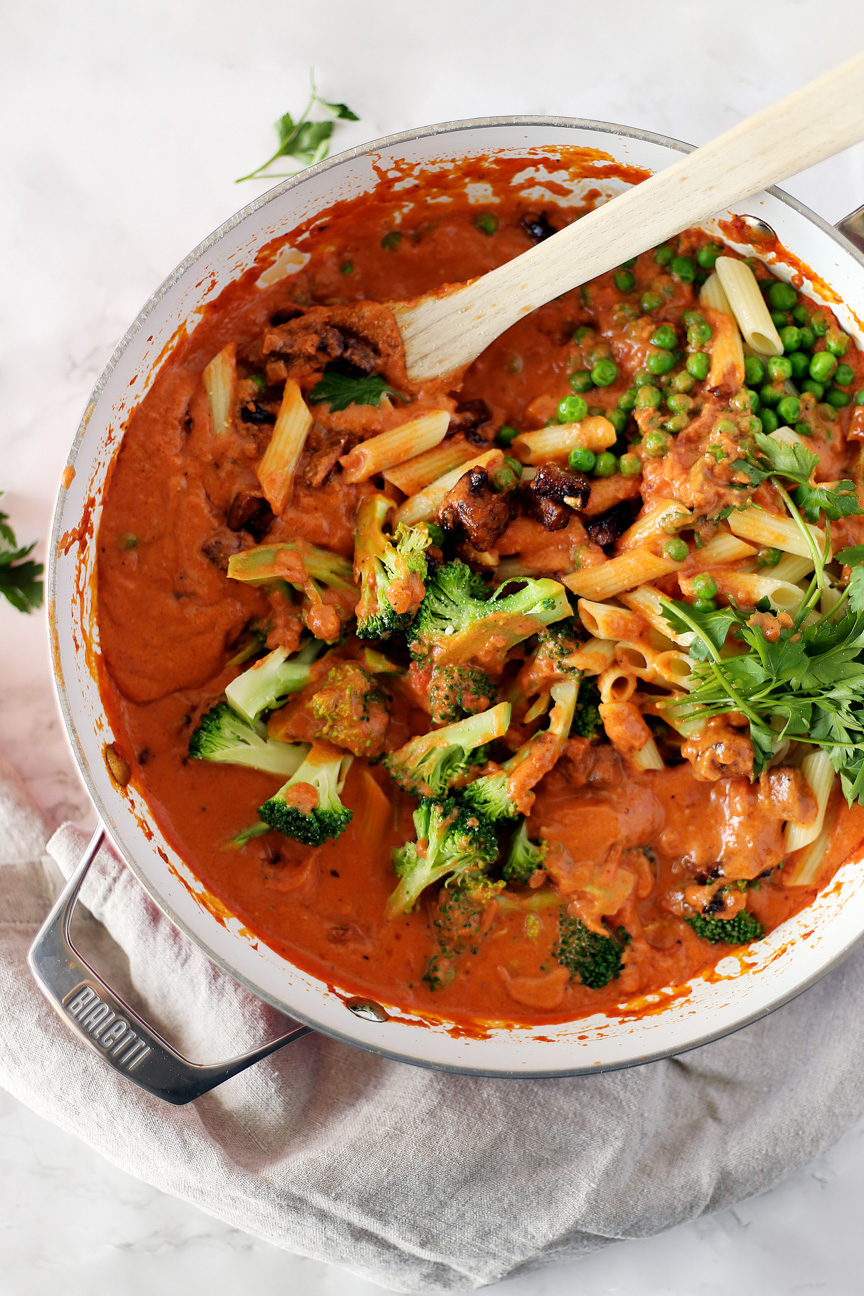 Matt works in the wines and spirits industry so he often comes home with boxes of leftover booze. He came home with a bottle of vodka recently and since we’re not big drinkers, we decided to put it to use another way — in this creamy, smooth penne alla vodka sauce!

Adding vodka to penne all vodka adds a sweetness to the sauce as the alcohol cooks down. It also helps to cut a little bit of the acidity from the tomato sauce. 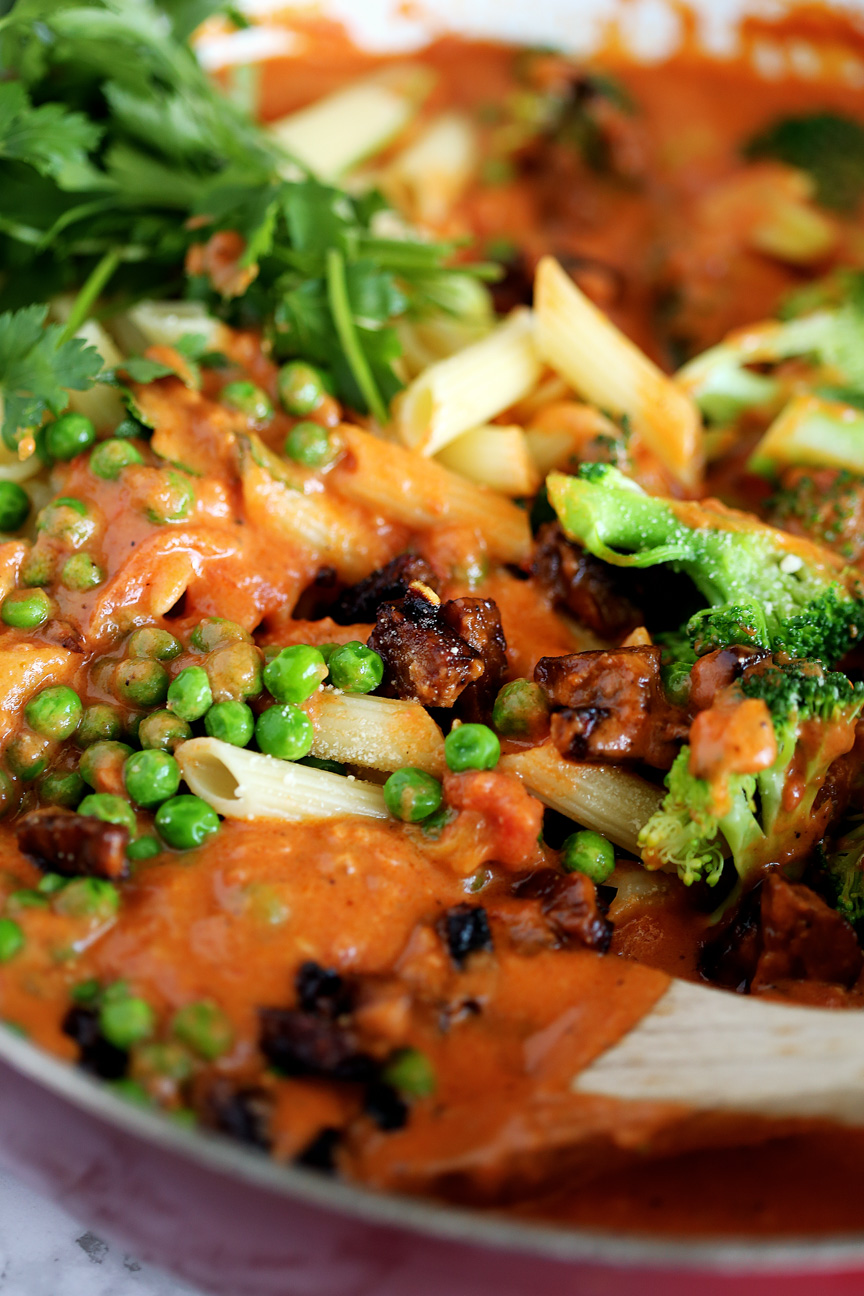 The tempeh is infused with a savory marinade that includes a few splashes of liquid smoke. Liquid smoke is like magic in a bottle. If you haven’t tried it yet, buy a small bottle – it’s worth it – it’s so versatile and it lasts forever.

The tempeh pancetta comes out crispy, smoky, savory and just overall mouth watering.  We could seriously eat them all by themselves!  It can also work for any other recipe that calls for bacon, so give it a shot in other recipes too. 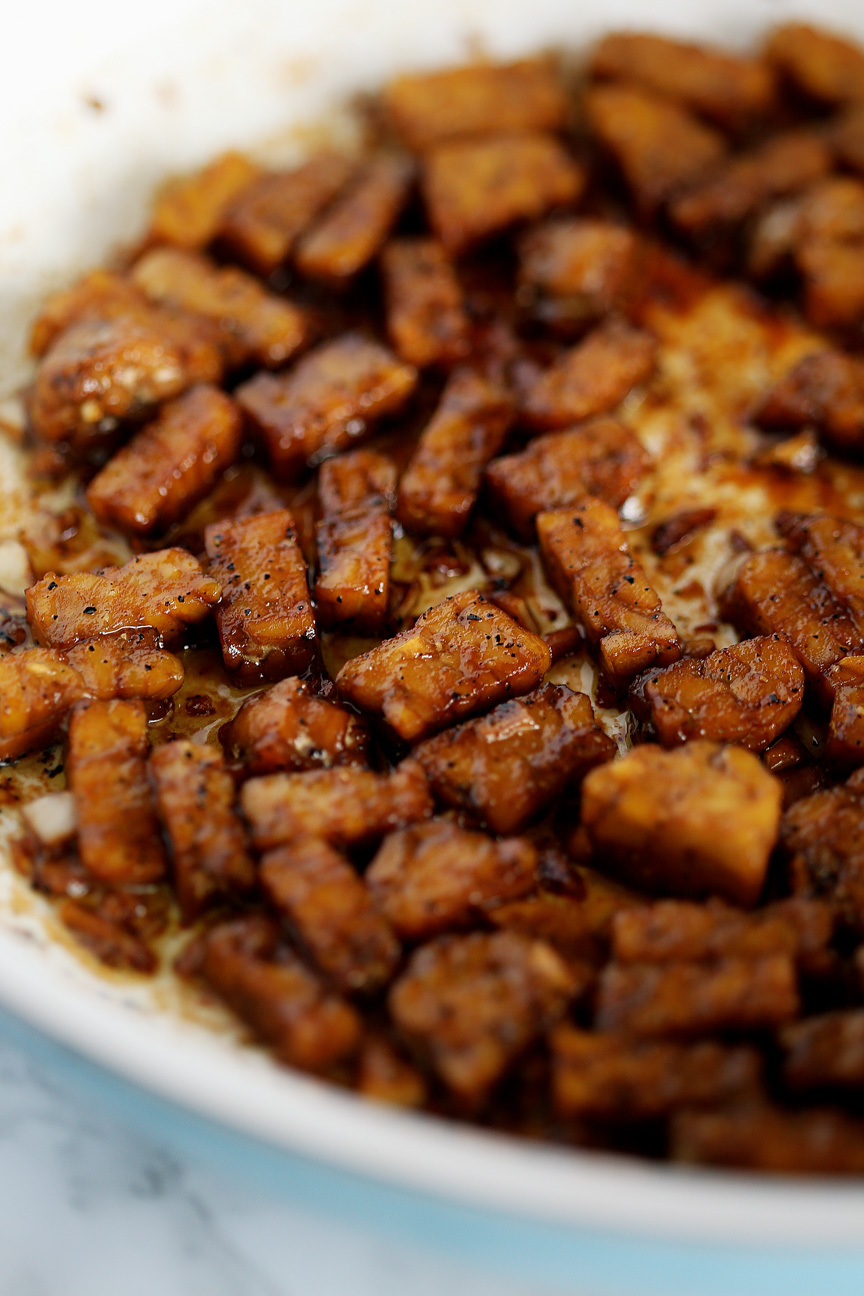 So what’s the deal with this Vegan Penne alla Vodka? 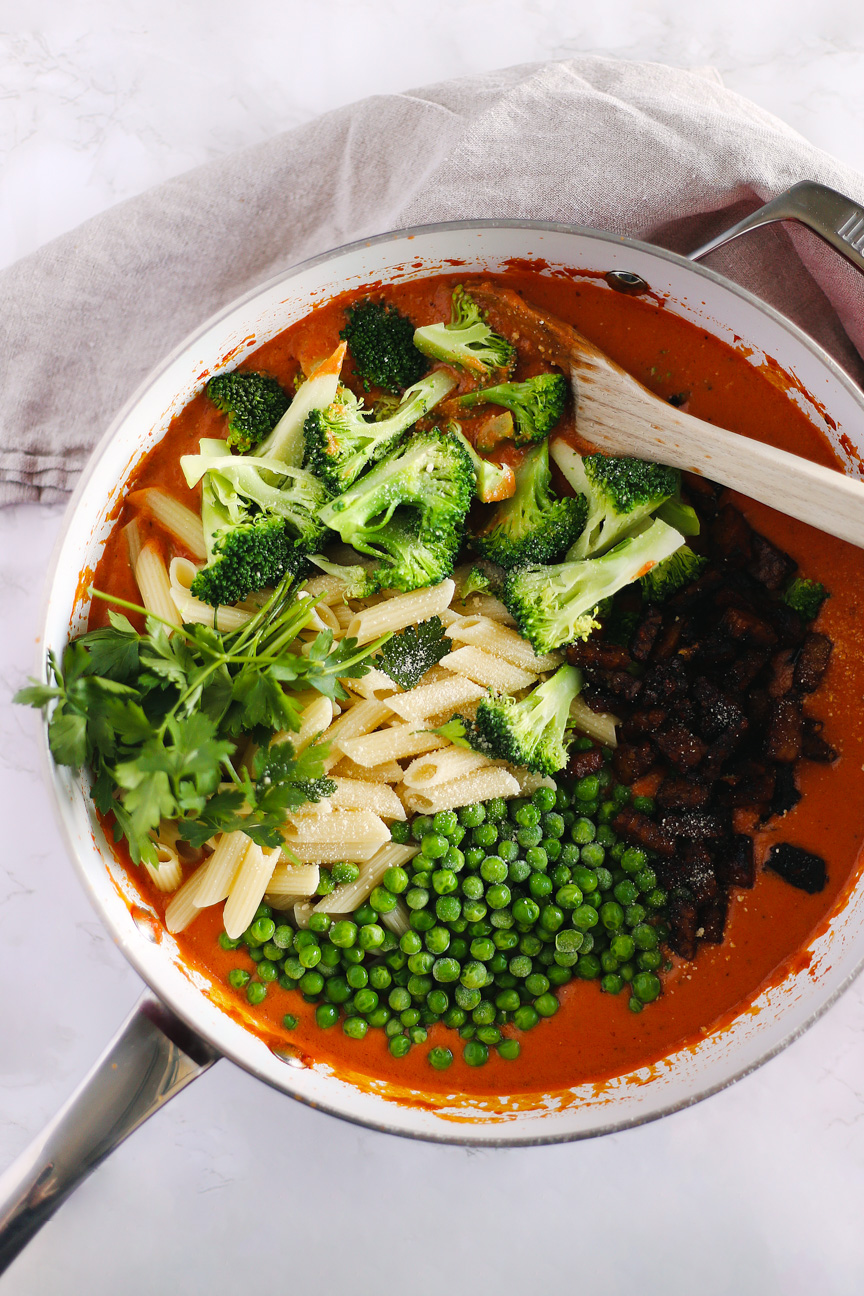 Vegan. Vodka. Sauce. Do it!

Our Favorite Vegan Pasta Sauces
1. cauliflower walnut bolognese
2. roasted red pepper sauce
3. nut-free pesto
4. pumpkin curry pasta
5. creamy cauliflower alfredo
Our Most Popular Recipes
COPYRIGHT
We love when you share! All of the images and text on this site are the property of Pasta-based. Feel free to share photos and quotes with a link back to our original post. Please do not share entire recipes, large bodies of text, or edit photos in any way without first obtaining permission from us. Social media shares are always welcome.
AFFILIATE LINK DISCLOSURE
On this site, we sometimes use affiliate links. This means that if you were to make a purchase through one of these links, Pasta-based would receive a small cut, at no cost to you. This helps support the work we do here. Thank you!
© 2022 Pasta-based | Privacy Policy
2K Shares
Pin2K
Share156
Tweet