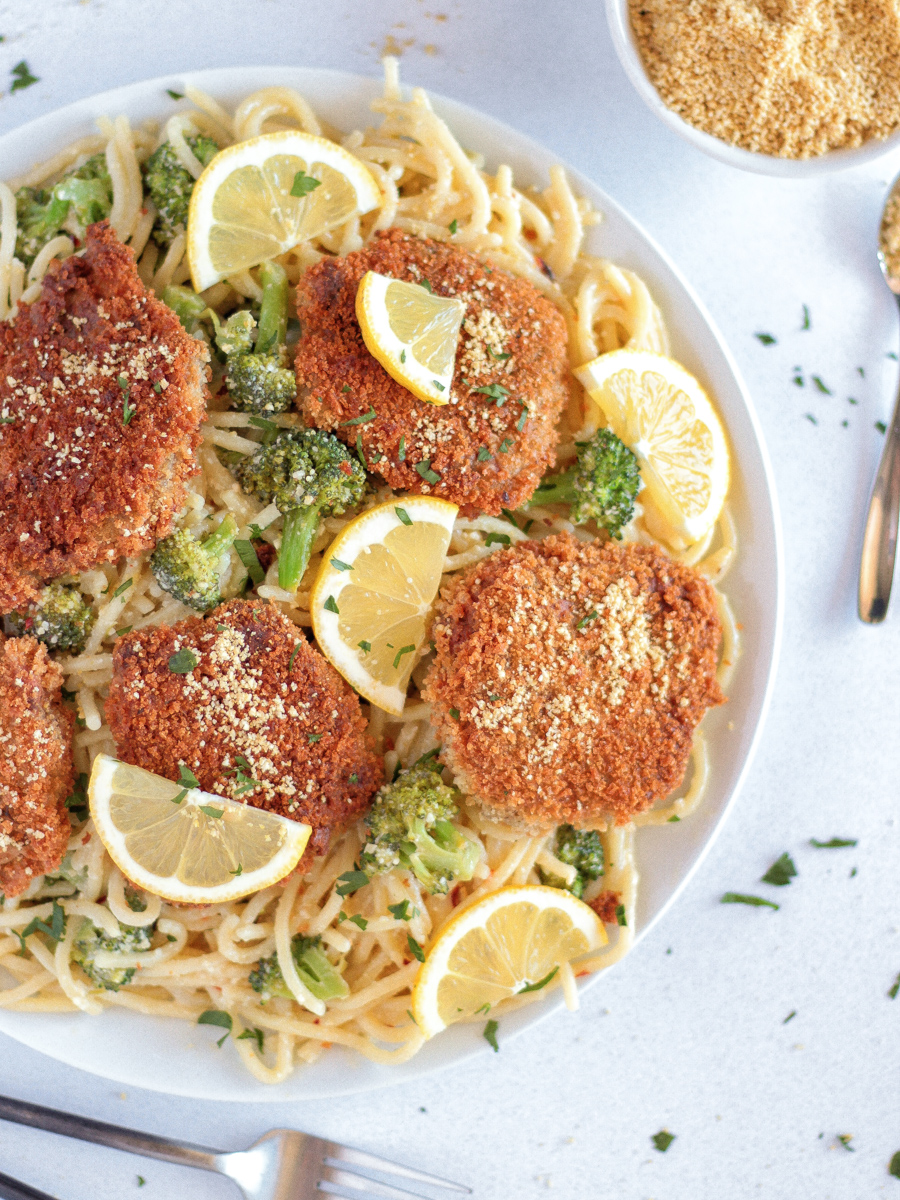 Confession: before going vegan I’ve never heard of Seitan before. Nowadays, I hail Seitan every time I see it on the menu ;)! Going vegan has made us aware of so many new foods, I feel like I have more variety in my diet than ever before. 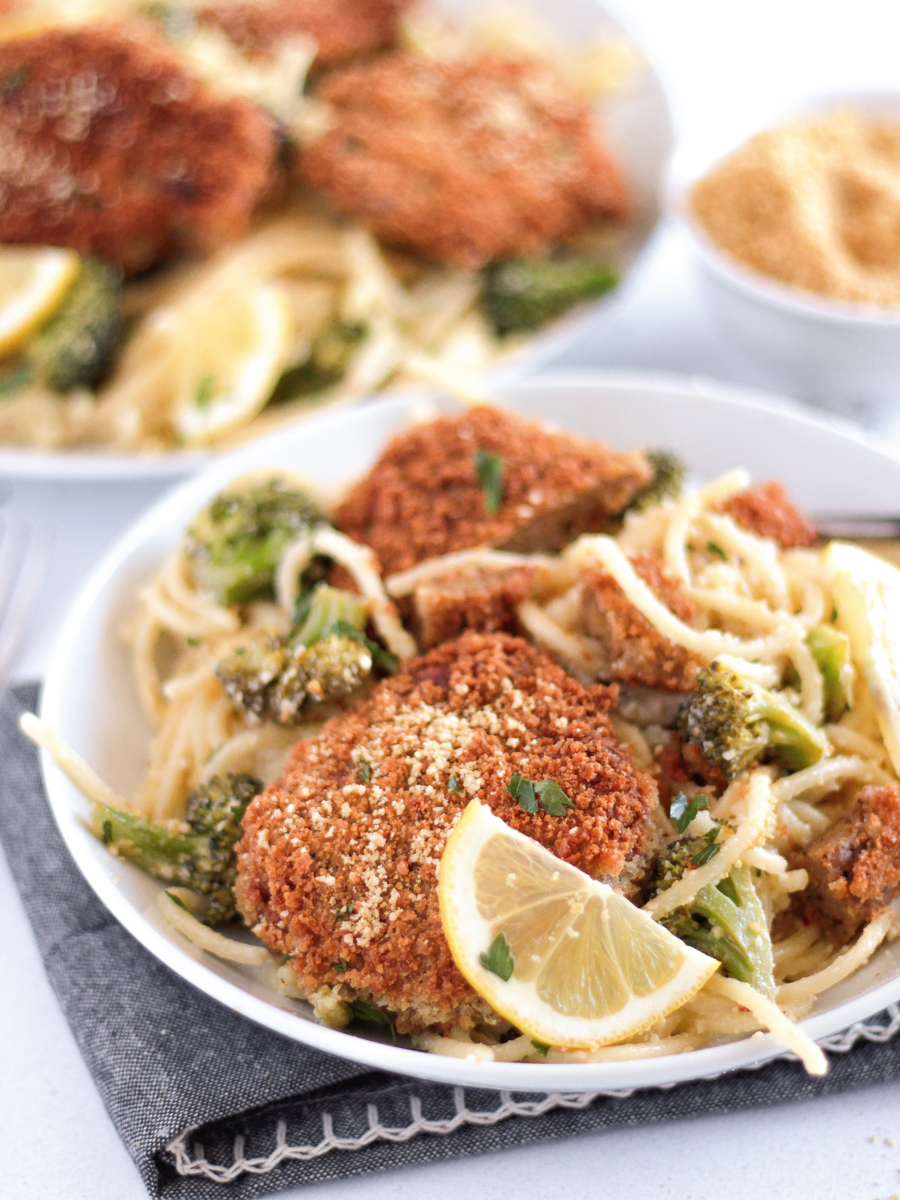 So what is Seitan? Seitan is vital wheat gluten – the natural protein found in wheat. It’s basically all gluten and no starch, so it’s not as high in carbohydrates than you would think. BUT if you have celiac disease or a gluten-sensitivity, then you will want to stay away from Seitan. For people who can handle gluten in their diets, Seitan is a great soy-free meat alternative to try. 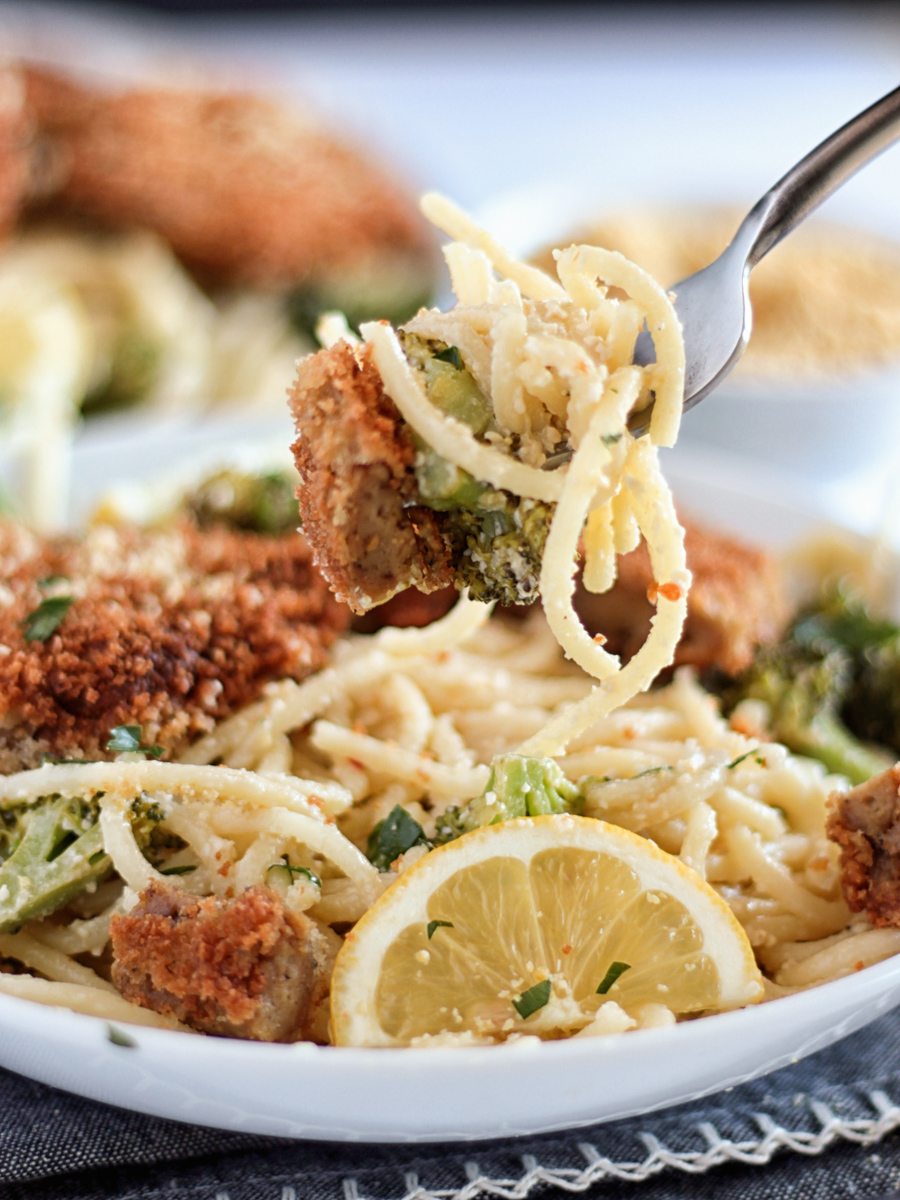 Vital wheat gluten is 75% protein so Seitan recipes are protein-packed. Seitan has a chewy, meat-like texture and doesn’t usually taste like much unless you add seasonings. In this recipe, a serving of 2 Seitan Cutlets has almost 30 grams of protein. Plus, it’s very low in fat and completely cholesterol free. 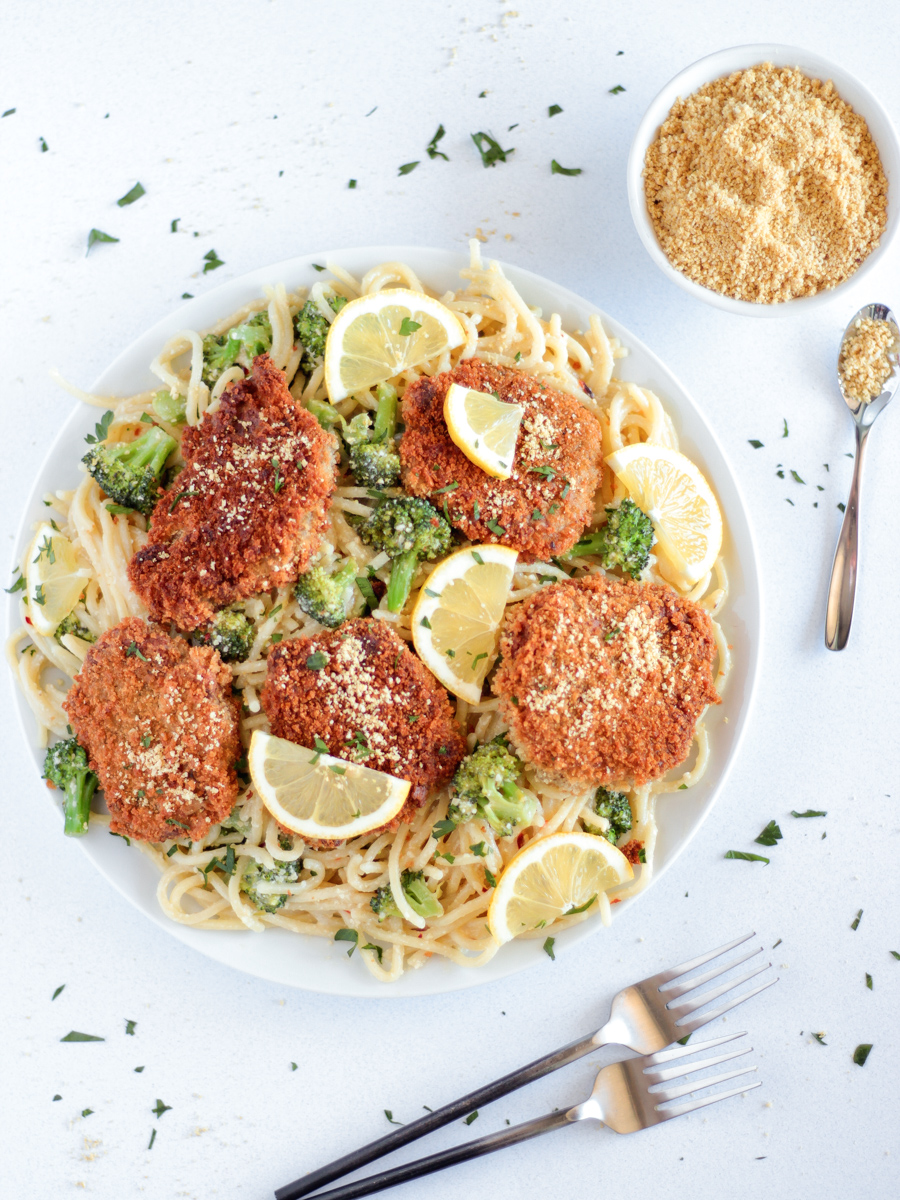 These chicken style Seitan cutlets are SO good. They are battered, breaded, and fried in vegetable oil to create a very authentic ‘chicken’-cutlet flavor and texture. 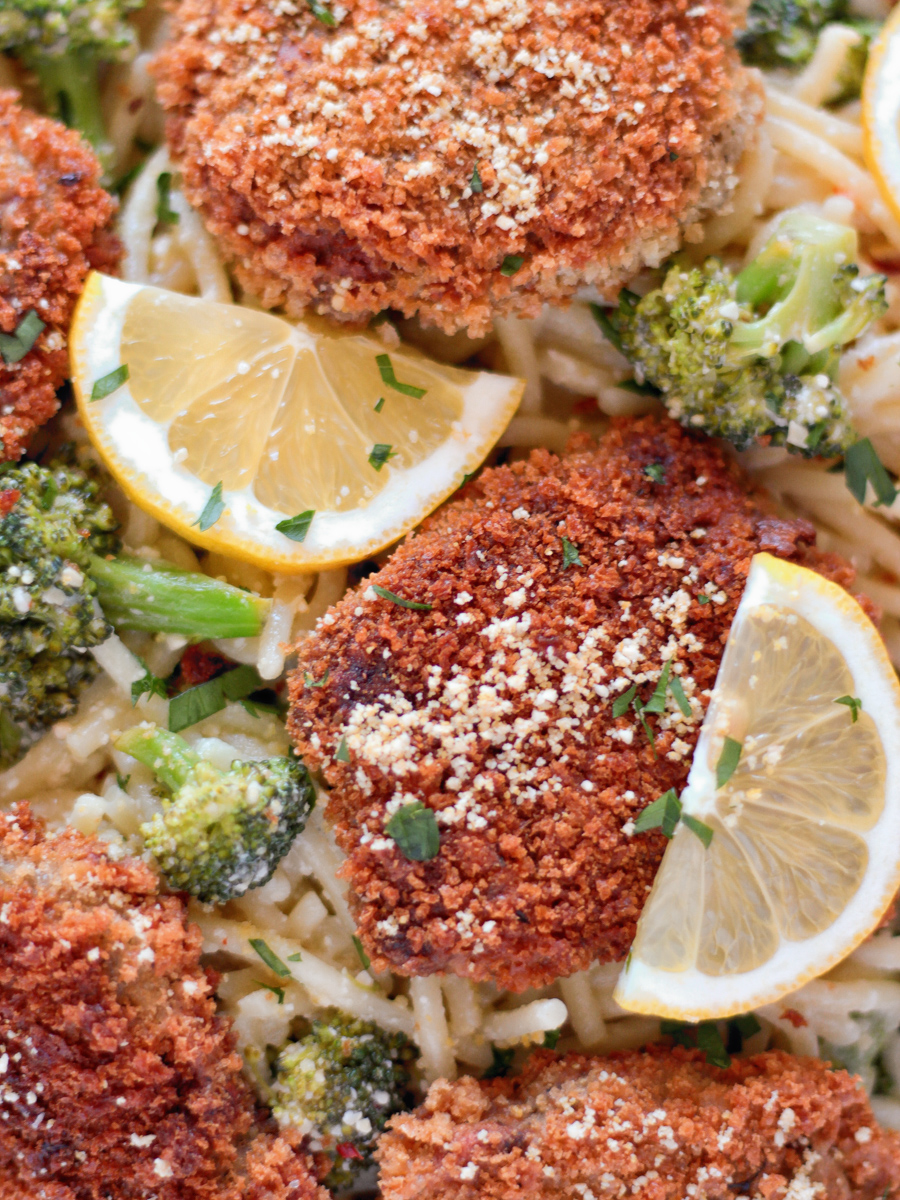 These Seitan cutlets are the PERFECT vegan substitute for recipes like chick’n parmesan, chick’n cutlet sandwiches, chick’n rolls, chick’n piccata, chick’n and gravy, or just eaten alone with some ketchup and mashed potatoes. In this recipe, we made a simple lemon, olive oil, and vegan parmesan sauce that was DELICIOUS on top of spaghetti. I included the recipe for the lemon sauce below if you want to try it the same way we had it. We also added some steamed broccoli too… yum! 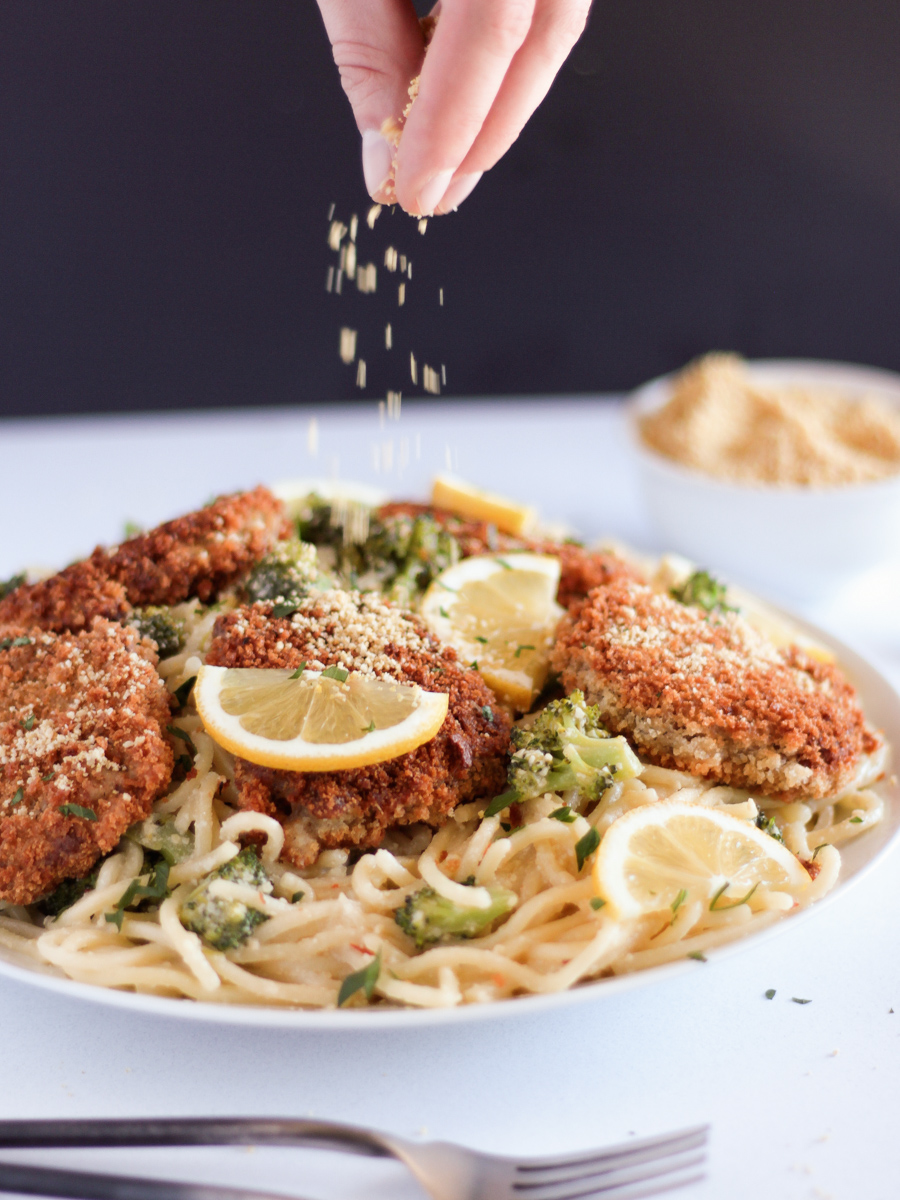 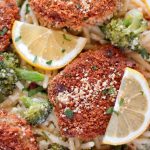 The BEST Vegan Seitan Cutlets. Delicious vegan chicken-style seitan cutlets that can be used in a variety of dishes.

Nutrition facts for cutlets without sauce:

Our Favorite Vegan Pasta Sauces
1. cauliflower walnut bolognese
2. roasted red pepper sauce
3. nut-free pesto
4. pumpkin curry pasta
5. creamy cauliflower alfredo
Our Most Popular Recipes
COPYRIGHT
We love when you share! All of the images and text on this site are the property of Pasta-based. Feel free to share photos and quotes with a link back to our original post. Please do not share entire recipes, large bodies of text, or edit photos in any way without first obtaining permission from us. Social media shares are always welcome.
AFFILIATE LINK DISCLOSURE
On this site, we sometimes use affiliate links. This means that if you were to make a purchase through one of these links, Pasta-based would receive a small cut, at no cost to you. This helps support the work we do here. Thank you!
© 2020 Pasta-based | Privacy Policy
2K Shares
Pin2K
Share147
Tweet